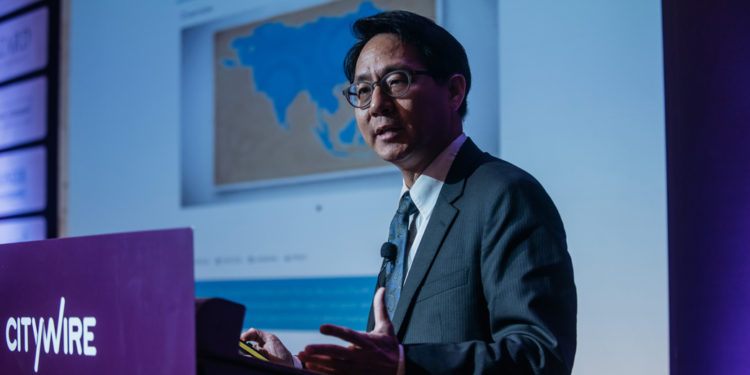 With emerging market and developing economies now contributing by some measures a larger share of global gross domestic product than their developed counterparts, more investors are looking beyond the United States, Europe and Japan for the next drivers of growth.

Indeed, nearly five years since I stepped down from the board of the Asian Development Bank, a question asked of me by the investment community and policy-makers persists. Which country will be the next “BRIC”?
Which will emerge to join Brazil, Russia, India and China to capture people’s imaginations and investment dollars? And will that nation be in the Asia-Pacific region? Indonesia is a mighty long-term contender, and the Philippines is now among the fastest-growing economies.

Yet, around the world, significant challenges remain. Commitments to vital financial and economic reforms have faltered as nations emerged from the global financial crisis. Most recently, China took a near-term step back from its pledge to give a “decisive role to markets” and instead dramatically devalued its currency and intervened in its Shanghai and Shenzhen stock exchanges.

In Asia and elsewhere, we must ask our leaders four simple questions. Building consensus around the answers will help us shape solutions and address the true constraint on economic growth — the “little bric” of bureaucracy, regulation, interventionism and corruption — that too often holds back individual businesses and organizations, and ultimately entire nations and economies.

Is our government bureaucracy hindering or fostering economic growth?

Whether in Asia, the Americas, Europe or Africa, the real fight against bureaucracy is less about new organization charts and the size of government, and more about assessing what works and what does not. And then, it is about getting rid of the latter.

It is not just the size, but also the service quality, of the bureaucracy that matters. One step forward will entail building mutual respect between the public and private sectors.

How are regulations affecting job creation?

Businesses and investors are often challenged by not just too many or too few regulations, but also by unequal application and uneven enforcement. A consistent, equitable approach is crucial.

Clearly, not all regulation is bad. Basic environmental and labor protections are an example of essential safeguards. But policy-makers must ask if near-term job creation and growth are losing out to red tape and regulatory excess. Well-intended regulations that limit access to capital can also reduce the potential for stronger growth.

When is government intervention appropriate?

Governments, particularly in Asia, have long been both praised and criticized for seeking to pick winners and losers, often distorting the market in favor of national players.

Too often, however, government interventions and inefficiency can go together.

In the long run, policy-makers need to ensure interventions, if any, are limited and a matter of last resort. And as nations mature, what was once seen as necessary government involvement should be revisited as new focus is placed on innovation and entrepreneurship. Singapore is an example of this.

What more can be done to root out corruption?

All governments voice the intent to root out corruption, but long suffering citizens are perhaps best positioned to judge whether progress is being made in the fight to strengthen judicial systems, improve rule of law and increase transparency.

Allegations of favoritism or leniency must be investigated, institutions strengthened and individuals held accountable if there is to be confidence in leaders and systems of governance.

At the end of the day, from Washington to London to Beijing, policy-makers know at some level that the prescription for growth is simple and straightforward — improve the bureaucracy, regulate fairly, intervene rarely and stamp out corruption. That prescription is also neither “Eastern” nor “Western.”

As Asia-Pacific economies and economic systems interact and converge, every nation will find its own way, but the path to success is clear: a free, accountable and transparent private sector that will drive sustainable development and job creation in the long run.

It is time to get back to the basics of moving the global economy forward. Let’s begin by getting the “little bric” out of the way.

This article first appeared as part of Milken Institute’s “The Power of Ideas” series.

Curtis Chin is a trustee of World Education Services of New York and a former U.S. ambassador to the Asian Development Bank, serving under Presidents George W. Bush and Barack Obama.