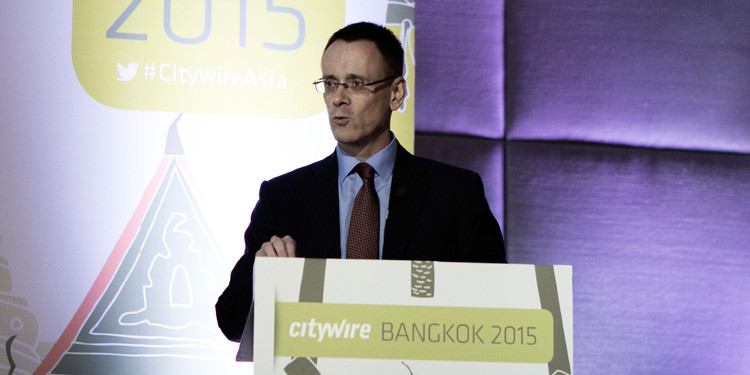 How to profit from China’s Silk Road strategy

China’s One Belt One Road has captured global headlines, and rightly so. The strategy will drive China’s commercial and political relations with its near neighbours, from Asia to Europe, over the coming decade. It will add fuel to the steady rise of the Silk Road region as the world’s centre of economic gravity.

The strategy is still evolving and that has created some uncertainty in the business and investment community. But, in short, while the strategy will have limited impact on China’s short-term economic growth, it will have an impact on select Chinese companies active in the Silk Road region.

In what follows I tackle some of the more common questions on One Belt One Road. It isn’t an exhaustive list, but it reflects my views of having worked in Asia and the Middle East for 20 years, and having tracked China’s strengthening commercial engagement with the Silk Road region over the past decade.

There are two key reasons why the strategy has real business implications. The first is that Chinese companies have been increasing their investments in the Silk Road region for almost a decade in response to real market opportunities. In other words, One Belt One Road is underpinned by market forces.

Beijing’s financial and policy backing will only accelerate the change. There will be plenty of policy misfires and parts of the strategy may fail outright. But the country’s sheer commercial scale and the tendency of Chinese companies to align themselves with official policy will result in a meaningful impact on the region.

Why introduce the strategy now?

China’s GDP growth has slowed to its lowest rate in 20 years and the country’s leadership is naturally worried. Beijing is trying to rebalance the domestic economy and also find new markets to sell excess supply and cushion overall growth.

The Silk Road countries are part of the solution. They account for 42% of the world’s economy. The region’s GDP growth rate has averaged five percent over the past 10 years. It is only natural that China recalibrates its foreign market strategy to focus on its nearest and fastest growing opportunities.

The Silk Road countries also neighbour some of China’s least developed provinces in the southern and western regions. By developing trade and transport links with Central and Southeast Asia, in particular, the country’s leadership can further spur growth in those regions and so underpin social stability.

This sounds sensible. But the strategy will have a very different impact at a firm level as opposed to a country-wide level. The key issue for foreign business will be identifying the difference.

So should I be bearish or bullish towards the strategy’s commercial implications?

For a start, I expect the strategy will have a greater positive effect on individual Chinese companies rather than the overall economy. These are the companies able to identify and execute opportunities in the Silk Road region and so reallocate some of their spare capacity to overseas markets.

China State Construction Engineering Corporation (CSCEC) is a good example. The company is already building projects around the world, whether it’s residential flats in Myanmar or highways in Pakistan. It will clearly benefit from One Belt One Road, as will the company’s vast domestic supply chain.

The Asian Infrastructure Investment Bank (AIIB) and Silk Road Fund will support the process, funding the type of critical infrastructure projects that Chinese companies excel at building. If so, they will bring their supply chain and bankers alongside them, further spurring China’s regional expansion.

These are the firms that foreign companies need to be monitoring. They may be looking for foreign suppliers or partners as they tap unfamiliar markets. They may also emerge as new competitors. Irrespective, they are a critical development in so far as they represent the next wave of Chinese outbound expansion.

Will the strategy save China’s economy and keep growth ticking at above 6%?

I am less optimistic, however, that the strategy will cushion domestic GDP growth from slowing much below its current rate. That might have worked in the 1990s, but not today, as China is simply too big.

For a start, the five Chinese provinces of Guangdong, Jiangsu, Shandong, Zhejiang, and Henan rank among the Silk Road’s 10 largest economies. Only India, Indonesia, Korea, Turkey, and Saudi Arabia would make the list. To put it another way, Guangdong has a GDP ($1,060 billion) larger than 60 Silk Road economies.

That’s a big difference in scale and if Guangdong province can’t solve China’s overcapacity problems, it’s tough to see how exporting the country’s excess automobile or steel products, for instance, to smaller economies such as Kazakhstan (GDP of $203 billion) or Pakistan (GDP of $250 billion) will.

Even some Chinese companies might find that foreign markets simply aren’t large enough. I heard just this complaint from a glass manufacturer in Qingdao already exporting to Algeria and Mongolia. His sales were profitable, they just weren’t a ‘like-for-like’ replacement for his large domestic market.

Why does the strategy seem to be just media hype with few details?

The term ‘One Belt One Road’ is confusing for many. The fact it describes two separate policies, the ‘Silk Road Economic Belt’ (丝绸之路经济带), linking China with Europe, and the ‘21st Century Maritime Silk Road’ (21 世纪海上丝绸之路), connecting China to Southeast Asia, Africa, and Europe, doesn’t help.

My advice is to ignore the exact meaning of the slogan and simply view the strategy as a ‘mission statement’ to describe Beijing’s intention to deepen the country’s commercial, economic, and political relations with near neighbours, including Asia, the Middle East, East Africa, and Europe.

The challenge for foreign investors will be filtering out the noise and identifying which parts of the policy are most likely to succeed and then asking which Chinese companies are best positioned to take advantage of any favourable policy or market access offered by the strategy on a deal-by-deal basis.

Why do individual provinces appear to be designing their own strategies?

Recently while in Almaty, my Chinese fixer remarked that he had received 30 municipal- and provincial-level Chinese delegations in recent months. “They swamped local officials”, he remarked.

That is no surprise as I saw Chinese delegations do much the same in Saudi Arabia in the late 2000s. It is also partly deliberate as Beijing allows local governments to design strategies that best suit their competitive advantage, whether that’s rail freight trade in Chongqing or financial services in Shanghai.

This means focusing exclusively on Beijing’s policy announcements is not enough, especially with respect to the activities of Chinese firms backed at the provincial level. Foreign investors will need to further drill into the detail to understand which Chinese provinces are developing strategies of importance.

So why should I bother to take the strategy seriously?

Beijing has not created a new reality, but is simply following market forces as the Silk Road region has been rising for nearly a decade: Chinese firms have been investing in Kazakh gas facilities, shipping goods to Europe by train, and building ports in Sri Lanka for at least the past five years, if not longer.

The development is also evident in the data. The Silk Road’s share of global GDP, excluding Europe and Japan, rose from 29% to 44% between 2000 and 2015, and will continue to rise in the coming decades.

My suggestion then is to ‘follow the money’ if trying to understand the strategy’s implications. Beijing may look to back select strategic but non-profitable projects. But Chinese firms will for the most part invest money where there is a profitable return (i.e. high speed passenger trains across Central Asia will not make the list).

Though China’s strategy has captured global headlines, it isn’t the only country that will benefit from the region’s rise. Indeed, many countries have their own well established Silk Road strategies.
Japan is the best example. Its corporate sector is already well entrenched in many Silk Road countries and Japanese Prime Minister Shinzo Abe has been a regular visitor to the region over the past two years. This is especially true in Southeast Asia where Japanese companies are often the dominant foreign player.

Such deals are often overlooked, but they are equally impressive and underscore that foreign businesses shouldn’t be focused on One Belt One Road at the expense of the broader Silk Road opportunity.

Ben Simpfendorfer is Managing Director and Founder of Silk Road Associates based in Hong Kong. He has worked in Asia and the Middle East for the past 20 years and supports a range of multinationals on their strategy planning and leadership.